Four of the ladies are from outside services.  We had 4 wins and 1 tie going into the Gold Medal match against Mexico.  Sadly we lost 1-0 in overtime, but it was a great game and we came so close.   We are proud of our Silver medals.

With any luck the Mexico team will be stripped of their GOLD since they are under investigation for having National players that are not police officers on their team.

Here is a list of the TPS members that attended. 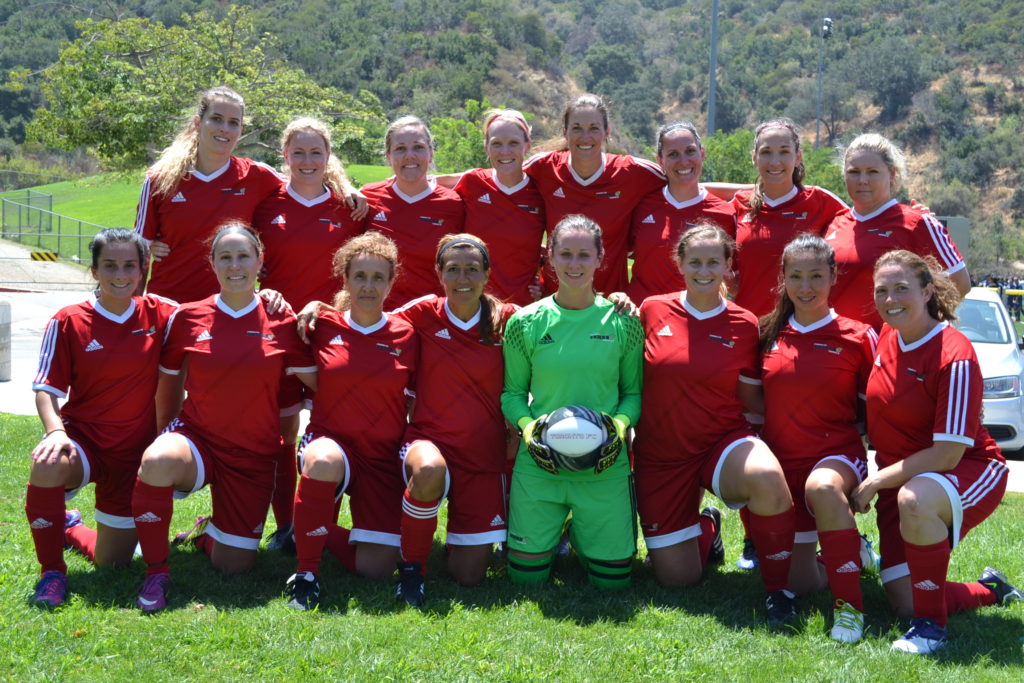 The Toronto Inferno, playing in the ‘Kick 4 The Cure’ Women’s Indoor Soccer Tournament (in support of Breast Cancer research) for the first time, won the 11th Annual edition of the tournament with a 3-1 victory over Scarborough’s Still Kickin’ behind the two-goal performance of Nathalie Urbas on Sunday afternoon. Urbas scored the eventual winning goal and added the insurance marker. Calaigh Copland opened the scoring for the Inferno. Tiffany Russell replied for Still Kickin’. 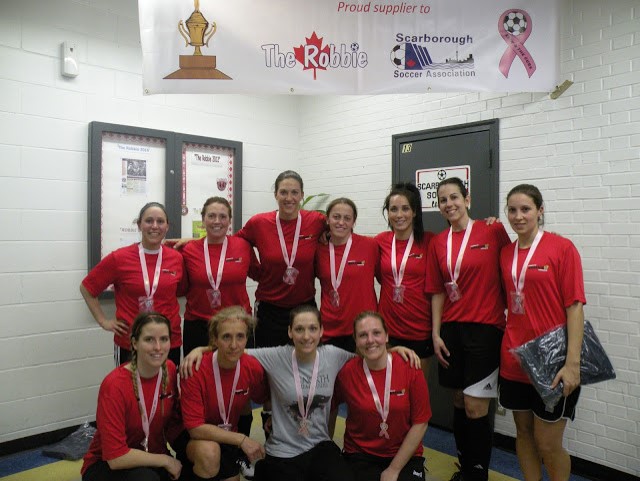 Unofficially, $9,265.00 was raised at this year’s tournament. Through 11 tournaments, more than $184,000 has been donated to the
Ontario Chapter of the Canadian Breast Cancer Foundation!

The KICK 4 THE CURE organizing committee thank UMBRO, Wilson Trophy as well as the Scarborough Soccer Association, Robbie International Soccer Tournament and Scarborough Soccer Referees Association for their fantastic continued support. Very importantly, since the first KICK 4 THE CURE Women’s Indoor Soccer Tournament in 2006, all of the referees have generously donated their time to officiate matches, ensuring that thousands of more dollars fund raised have gone to the Canadian Breast Cancer Foundation as part of the tournament’s annual donations!

3 teams of the Toronto Police Service participated in the annual North American Police Soccer Tournament held recently in Las Vegas, Nevada from October 8th to the 11, 2013.

The games were played at the beautifully manicured Heritage Sports Park.

The Toronto Heat (Women’s Rec) made it out of the round robin and played Seattle in the semi-finals unfortunately they lost 1 nil to the eventual Women’s recreational champions.

The Metro Blues (Men’s Rec) who went to the tournament fairly undermanned represented themselves rather valiantly. They also made it to the semi-finals where they lost to their rivals York Heat 3 goals to one. York went on to win the Men’s Rec Division.

The Toronto Blues, the Men’s Open Division reigning champions played some grueling round robin soccer; playing their archrivals Vancouver PD first. Their record was 3 wins a one tie, relinquishing one goal.

The Blues played Los Angeles Sherriff’s Dept. in the Semis and won 1 nil setting up a rematch with Vancouver PD. The match did not disappoint Toronto took a 2 goal lead early but Vancouver tied the game with 5 minutes left in regulation time. There was no more scoring in extra time so the match went to penalty kicks. As if in a movie script, it was quite fitting that the winning penalty was taken by PC Derek Pape who has emerged as an informal leader who was the glue that kept the team motivated all summer. Goalkeeper Dan MacNab was voted the best goal keeper having surrendered a paltry 3 goals in the entire tournament. The Blues are repeat champions and are already talking about defending their crown at next year’s tourney scheduled to be held in Montreal in September.

All three teams should be commended for their demeanor on and off the soccer pitch. I am proud to say that as representatives of the Toronto Police Service, all participants conducted themselves as ambassadors of the Service.

Special mention should be made to convey the heartfelt gratitude to the TPAAA for their continued support.