An undefeated fifth wicket stand of 85 by Constables Amandeep Malhi and Mustafa Popalzai paced the Toronto Police Cricket Club to a six-wicket win over the Ex-Barbados Police Officers cricket team for a match in honour of a fallen officer July 9. 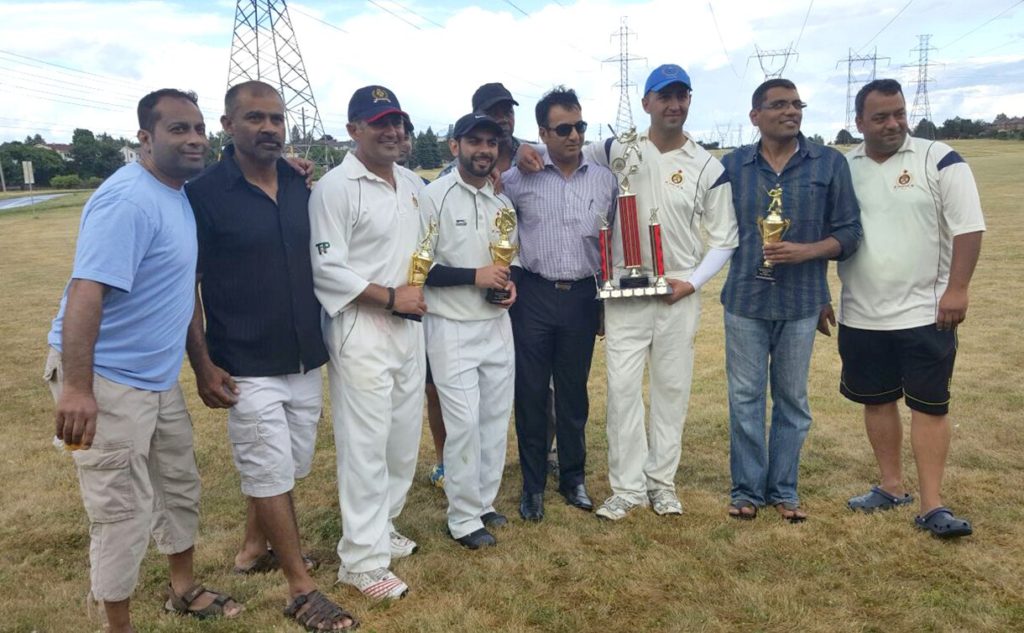 “I am happy with the effort put in by my team,” said Constable Amir Butt, who is also the Toronto Police Cricket Club president, said after the match. “But ,more importantly, we are just happy to be given an opportunity every year to come together a play a game of cricket to celebrate Percy Cummins’ life. He loved this game and what better way to memorialize him than by playing a game of cricket.”

Cummins, an avid cricketer who served with the Royal Barbados Police before joining the Toronto Police Service, made the ultimate sacrifice, giving his life in the line of duty.

Chasing 123 for victory, the pair came together with their team stuttering at 40-4 and batted sensibly to help their side retain the Percy Cummins Memorial Cup, named after the constable who died in the line of duty in 1981.

Popalazi, assigned to 32 Division, recorded a game-high 55 not out with five sixes and three boundaries while Malhi – at 31 Division – admirably supported his partner with an unbeaten 16.

Popalazi and Malhi won the Most Valuable Player and Best Batsman Awards, respectively.

He was fatally shot on September 23, 1981, with his own gun, after he and his partner were disarmed when they answered a routine disturbance call in a west Toronto rooming home.

The high esteem in which Cummins was held by his colleagues was reflected in the Service dedicating its Scarborough cricket ground in his memory in June 1998, the same year the annual cricket fixture was launched.

Cummins is survived by his widow, Eurieta, who attended the game and participated in recognizing the teams, and children Kim and Kevin.

“This one is for you,” Butt told Cummins’s widow after his team clinched victory.